Young Adults - On the Road to Financial Success or Disillusionment?

A recent financial literacy survey conducted by Charles Schwab discovered some interesting findings about how young adults (ages 16 to 25) view their current and future financial well-being. Overall, they’re optimistic. But should they be?

Inheritance Coming? Don’t Count on It!

You may have heard there’ll be a major shift in wealth to the millennial generation as more baby boomers approach retirement. But if you’re a young adult, don’t celebrate prematurely!

The Schwab survey found that more than half (53 percent) of young adults believe their parents will leave them with an inheritance.

Sounds reasonable, right? However, in 2011 the U.S. Bureau of Labor Statistics reported that between 1989 and 2007, only 21 percent of Americans actually received an inheritance of any kind, much less a windfall.

Why is this worth noting? Misplaced optimism about an inheritance could influence young adults’ financial decisions in the short and intermediate term. Ultimately, it could adversely impact their financial futures. Inherited assets are certainly beneficial. However, it typically isn’t wise to depend on them as a part of your overall financial plan.

The survey also analyzed the topic of debt for early-college to post-grad age young adults. In the survey sample, the average savings was $1,628. The average amount of debt, $8,003. This front-loading of debt compared to savings can be somewhat expected for young adults ages 16 to 25. After all, many of them have rapidly been accumulating student loan debt instead of earning full-time wages.

The concerning part of Schwab’s debt analysis, however, was this age group’s insufficient understanding of debt and lack of motivation to pay it down.

More than half (51 percent) said they currently had some sort of debt, but only 3 percent would pay down that debt if given an extra $1,000.

Here’s where it starts to get really interesting. Despite a lack of knowledge about debt and an unwillingness to pay their debt down, these young adults expect to retire at age 60 - seven years earlier than full Social Security benefit eligibility for their age bracket! That’s rather unrealistic given the survey results!

The Reality of Student Loan Debt

Some people may attribute the negative findings in the survey to a broad sense of entitlement among millennials and young adults. Statistics show that regardless of their optimism or current understanding of debt, student debt is rising at an alarming rate. Student debt now ranks as the second-highest consumer debt category, behind only mortgage debt. That makes it higher than both credit card and auto loan debt!

According to the personal finance site “Make Lemonade”, the total U.S. student loan debt is $1.52 trillion and encompasses 44.2 million Americans.

Another telling statistic: The average graduate in the class of 2016 accumulated more than $37,000 in student loans. That’s a lot of debt to be saddled with before you’ve even begun your career! The younger generation needs to be better prepared than their predecessors to navigate through these financial obstacles early in their adult lives.

It’s Not All Negative

One positive note from the survey is that young adults are not averse to receiving financial advice. In fact, it found that 69 percent of young adults trust their parents to give them sound advice. Of course, this trust is only beneficial if the parents are providing sound advice and making sound decisions themselves! One of the best things parents can do for their young adults is to provide them access to an education session with a financial advisor. That’s a great stepping stone for getting the next generation up-to-speed on their financial futures.

You can take the numbers and percentages from this survey for what they are, which is a small sample of 2,000 young adults. Admittedly, this survey may or may not give a good overall indication of the total population in that age range. But it’s certainly something to think about.

The overall optimism unveiled in the study can be dangerous if paired with bad financial habits. But it can also be harnessed in a positive way. Setting a solid financial foundation in the beginning stages of adulthood can make the next steps far easier. If your child is entering this stage of life, offer them the right resources for building that foundation. If you’re a young adult, there’s no better time to start than now! 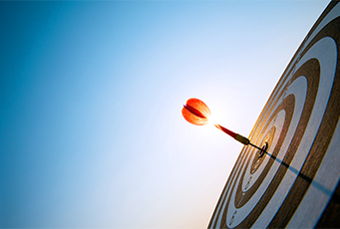 Is Your Financial Goal only a Wish?

Goal-setting is a never-ending process. As your finances... 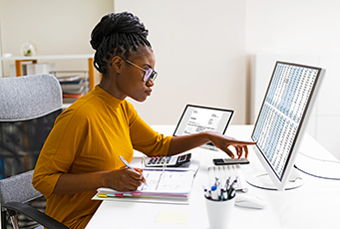 Every investment account falls into one of three buckets:... 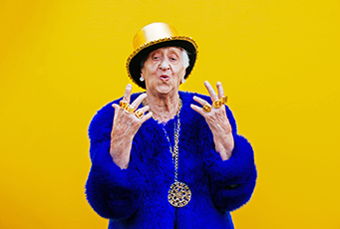 What Should I Do With My Inheritance?

Baby Boomers are aging. There's no question; money is... 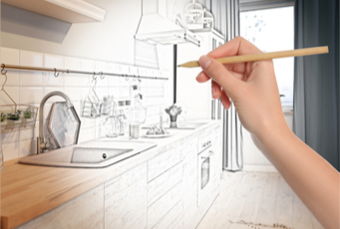 Having a say in every little detail of a brand new home...