Soon there will be more shares of Apple stock on the market after the planned 4-for-1 stock split. What does this mean for existing shareholders? Does an investor lose, gain, or maintain their investment position? Apple is a big company. How will the market react?

Apple (APPL) is one of the largest publicly traded companies globally and has a market cap that recently surpassed $2 trillion! The company, most famous for products like the iPhone, iPad, and MacBook, announced that it would be completing its fifth stock split in company history at the end of August. According to APPL’s Investor Relations website, the reasoning for the split is to make the stock "More accessible to a broader base of investors."

APPL is also included in two of the industry's most widely recognized indices—the S&P 500 Index and the Dow Jones Industrial Average Index. While stock splits do not indicate any fundamental change with the company, because of how these two indices are constructed, the split will impact each one differently.

Let's take a look at a simplified example to clarify. You own ten shares of AAPL on August 24, and the stock price is $400. Your total investment is $4,000. Let's assume the stock's price doesn't move between the record date (8/24/2020) and the split date (8/28/2020) and is still trading at $400 when the split takes place. Your ten shares will become 40 shares, but the new stock price of AAPL will trade at $100 (previously $400). However, your total investment is still $4,000. There are no tax implications for this activity, and your proportionate ownership in Apple will not change.

Impact on the Dow Jones Index

The Dow Jones Industrial Average is the most cited domestic market index. It was established in 1896 to track 12 of America's biggest corporate names, such as General Electric and American Cotton Oil. Today, the index tracks 30 blue-chip publicly traded companies across ten different market sectors—one of those companies is Apple (AAPL).

The Dow is a price-weighted index. To determine the Dow's value, you add the price of each stock in the index together and divide it by the total number of companies. Therefore, a company with a higher price will have more of an effect on the index. Currently (before split), Apple has the highest stock price in the Dow and thus has the most impact on the index when its share price goes up or down. It has about a 10% weighting in the Dow pre-split. After the split is complete, it will fall to the bottom half of the index, greatly diminishing its influence and have a weighting of about 3%. This, in turn, will increase the relative influence of the other stocks in the Dow.

The S&P 500 is the world's most tracked index by assets under management. It was established in 1957 and tracks up to 500 large, publicly-traded stocks across 11 different market sectors.

The S&P 500 is a market-cap weighted index. Therefore, stocks with the largest market capitalizations have the greatest influence over the index's fluctuation, not the companies' stock prices.

If you own Apple stock, you will not see a change in the value of your investment in the company after the split. You will have more shares in your account, but the AAPL stock price will be proportionately lower. The split itself will also not impact the S&P 500 Index because the market value of AAPL is not changing with the split. On the other hand, the Dow Jones Index will see a significant change due to Apple's share price decreasing after the split since it is a price-weighted index.

Are you a Gambler or Investor?

Investing in certain parts of the market without a plan...

While many view the Gamestop "short squeeze" as a victory... 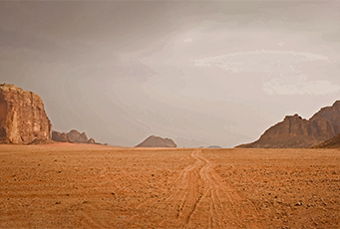 Are You Guaranteeing Losses in Your Portfolio?

After this year of volatility, some investors may want to...