Governmental commentary, proposed legislation and executive orders can throw both domestic and global markets into a frenzy. Recently President Trump bypassed Congress and, through executive order, signed proclamations that will impose tariffs (25 percent and 10 percent respectively) on imported steel and aluminum. His stated goal was to create U.S. jobs in those industries and reduce the trade deficit. Those tariffs may be the tip of the iceberg. As of this writing, plans are in the works to levy additional tariffs on a variety of imports, mainly from China. That could have a significant impact on the market landscape.

The Potential Consequences of Trade Wars

Many experts have speculated that countries that export goods to the U.S. may retaliate by sanctioning their own round of tariffs – some countries have already done so. If they go through with it, we could become involved in a trade war. American consumers would feel the pain in their pocketbooks as prices rise on goods and materials from abroad. Negotiations are still progressing, so we don’t yet know the long-term benefits and ramifications to the U.S.

When the U.S. imposes tariffs, the likely benefactors will be U.S. aluminum and steel manufacturers. As their competitors are stifled at the global level, demand for domestic production will rise, giving these industries more flexibility in the prices they can charge. All else being equal, this will lead to increased profitability and potentially stronger performance in the short- and intermediate-term for these particular industries. Another benefit: The demand for labor will create new jobs.

Negative by-products of the U.S. tariffs are increased production expenses within other industries and decreases in down-stream jobs, such as automakers. As companies’ unit costs spiral upward, the natural, and likely, response will be to pass the costs onto consumers or scale back their workforce. However, the long-term impacts in these scenarios are still speculative, at best.

Canada and Mexico are currently on the list of those impacted by the tariffs, although both are currently on the temporary exempt list until May 31st. Canada is the United States’ largest source of steel, and the U. S tariff could have a major impact on trade between our two countries. Although North American countries weren’t the intended targets of these initial sanctions, the final outcome of this potential standoff will likely leave a lasting imprint on global trade.

What’s important to remember is that the U.S. economy is currently on solid footing. The labor market is strong, inflation is well-contained, and corporate earnings are solid. When you hear about the possibility of a trade war, consider that there can be smoke without a fire. 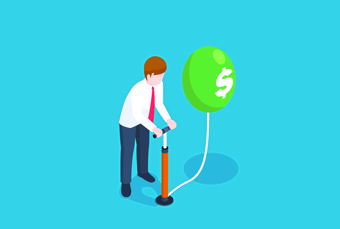 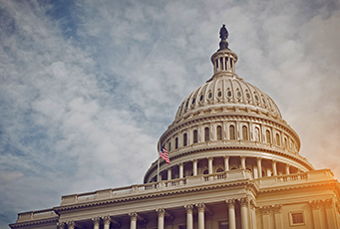