Now that you've fully recovered from your 4th of July weekend, let's take a moment to digest the first half of 2020. What is the economic data telling us? Did equity markets fully recover from their March lows? Is the reopening of global economies sustainable, or are we on a path to another shutdown?

After suffering their worst quarter since the 2008 financial crisis in the 1st quarter of 2020, stocks and risk assets rebounded strongly in the 2nd quarter. This rebound came on the back of heavy monetary and fiscal stimulus by central banks and governments around the world to combat the coronavirus pandemic.

The VIX, a widely-used stock volatility gauge, trended lower in the 2nd quarter but remained at elevated levels from its long-term average.

With all of the negativity surrounding the virus's economic impact, it is difficult to believe that the S&P 500 has almost fully recovered for the year. This might lead you to question whether the rapid market recovery is overdone and if we are headed for another dip. Many analysts believe so, however there are so many unknowns that it's challenging to come to a confident conclusion.

According to Factset, the estimated Q2 2020 year-over-year earnings decline for the S&P 500 is -43.8%. That statistic would lead you to believe that the S&P 500 should be much lower than it currently is at the end of Q2. However, the market seems to be anticipating that the nature of this earnings decline will be short term due to the lockdown measures taken in Q2. Will we see a resurgence in earnings in the coming quarters to justify the market recovery?

As we continue to see daily headline news regarding the economy and Covid-19, here are a couple of data points we monitor and how they are performing:

Jobs: After the widespread layoffs we experienced at the onset of the coronavirus pandemic, recent data has shown improvement, but unemployment remains elevated compared to historical averages. In May, 1.8 million workers were laid off. That was down from 7.7 million in April and 11.5 million in March. In June, the U.S. added 4.8 million jobs, and the unemployment rate dropped, although it remains historically high at 11.1%.

Economic Output: As a result of the initial stay-at-home orders, some estimates expect the 2nd quarter U.S. gross domestic product (GDP) growth to be down between -40% and -50%. A sharp positive growth rate should follow this in the 3rd quarter if the economy continues to reopen. For the full year 2020, some analysts are expecting a negative single-digit growth rate.

The seemingly positive movement in the data points mentioned above should be taken with a grain of salt. The virus has not been fully contained, nor a vaccine approved. At the time of this writing, new virus cases around the globe are a mixed bag. In continental Europe, Australasia, and some parts of Asia, including China, new infections have fallen to low levels, and economies are reopening. In the U.K., new infections have also continued to fall, albeit not as low as in Europe. However, in the U.S., the number of new infections is rising again. Simultaneously, several emerging markets, including India and much of Latin America, have been unable to get the virus under control.

Should the increasing infections trend continue in the U.S. over the coming weeks, we could see renewed restrictions on the economy. These restrictions will likely be localized to the areas experiencing the spikes in new cases, and hopefully not require nationwide measures. Expiring fiscal stimulus measures also threaten the economic recovery if they are lifted too soon while consumers are still unable to return to work. Not enough uncertainty for you? Well, you're in luck, because we're also in an election year.

In summary, the data tells us that the economy has begun to recover; however, the data also suggests that this recovery is fragile and still contains a lot of uncertainty. When making investment and financial decisions during these times, having a disciplined mindset is of the utmost importance. 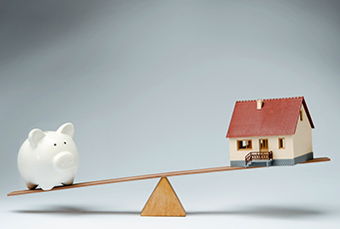