The bond market’s yield curve is sending us warning signals of an impending recession. What exactly is the yield curve? Is it really an indicator of the health of our economy? Should you care what shape it’s in – steep, flat, or inverted? Yes, investors should pay attention!

Let’s start with the basics. The common yield curve is a graph that plots the current yield of each government-issued bond for its respective maturity – from one-month Treasury bills to 30-year Treasury Bonds. Picture a graph with the yield on the vertical axis and plots along the horizontal axis for each bond’s maturity date. This visual representation compares the yields of short-term versus long-term government-issued debt at a particular point in time.

The Shape of a Healthy Yield Curve

So how can a yield curve be used to predict the state of the economy? A steep upward sloping yield curve signals that governments and businesses are willing to borrow money now to break ground on long-term capital investments, like improving infrastructure or building factories. The increased supply of long-term debt being issued pushes bond prices down and yields up to attract sufficient investor interest, creating the steep curve that is indicative of a healthy economy.

A common method used to compare the health of the economy across time is to look at the difference between the yields of the 30- and two-year Treasury bonds – the larger the spread (i.e. the more long-term rates are higher than short-term rates), the more healthy the economic outlook. In the current bull market, this spread reached a high of over 400 basis points (bps) in February 2011 when the yields were 0.61 percent and 4.62 percent on the two-year and 30-year bonds, respectively.

The Curve Is Flattening…Should I Panic?

The yield curve “flattens” when investors believe economic growth is likely to slow, causing the spread between yields of long-term and short-term bonds to decrease. This happens when external factors cause investors’ demand for longer-term bonds to increase relative to supply, pushing their prices up and interest rates down. Conversely, rates on the short end of the curve are driven by the Federal Reserve’s policy, and if the Fed is steadily increasing interest rates the end result will likely be a flattening curve.

An “inverted” curve (when long-term yields fall beneath short-term yields) is often an ominous sign. An inverted yield curve has preceded the last nine U.S. recessions since 1955, so it’s an important indicator to monitor. However, while an inverted yield curve has historically been a good predictor of a downturn, timing the impending recession is challenging. Some recessions have taken up to 24 months to materialize once the curve inverted!

The combination of the Fed’s increase in short-term rates and a decrease in long-term yields due to slower growth expectations has driven the yield curve spread down from its 2011 high of 400 bps to just 39 bps, as of July 9th. This is the smallest spread since the recovery began in 2009.

So What Should You Do?

While the shape of the yield curve can be used as a tool to project the future health of the economy, it is by no means a crystal ball. Many financial experts have been warning of an inverted yield curve and an impending recession for years. And it still hasn’t happened! Plus, if or when the curve does invert, that doesn’t necessarily mean the recession would be immediate.

The yield curve is one tool among many used to evaluate the economy’s health and its implications for your investments. The best course of action is to regularly review your portfolio with your advisor. If your investments are properly allocated to meet your long-term financial goals you can deal with this and other economic uncertainties that impact the market. 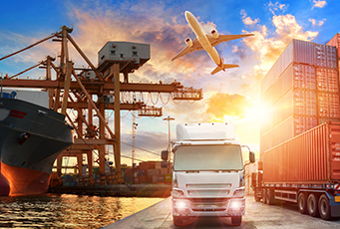