“Everyone has a plan until they get punched in the face.” – Mike Tyson

In light of recent and developing events, let’s take a quick quarter-end assessment of the situation: COVID-19 unexpectedly broke out across the globe and was deemed a pandemic. What initially appeared to be an issue that would primarily affect China quickly became a force that brought business to a virtual standstill around the world.

In the first quarter of 2020, stocks suffered their worst quarter since the 2008 financial crisis, abruptly ending the longest-ever bull market in U.S. history. The large gains we experienced in 2019 have been mostly wiped away as of March 31, 2020.

Selling was indiscriminate, with investors fleeing assets ranging from stocks to commodities to debt securities. Declines were so sharp that rarely used mechanisms to halt trading across the entire market were activated by exchanges several times. The VIX, a widely-used stock volatility gauge, has been at elevated levels - around three times its long-term average.

During times like this, with headline news and data points presented daily, it is important to keep the big picture in mind. Here are a couple of data points we continue to monitor:

While just speculation at this point, these indicators provide a backdrop of how significant the economic impacts may be. When we have more clarity on when social distancing can be reduced, the markets might be ready to anticipate a resurgence in spending. The timeline until we reach that point is still unknown, and the market hates unknowns.

The U.S. rolled out very sizable quantitative easing and a fiscal stimulus package via the CARES Act, with additional relief packages already being discussed. Will these measures be enough? Time will tell.

A stimulus will undoubtedly play a significant role in softening the downturn. The legislation cannot change whether we have a sharp recession in terms of lost output and employment. However, it may be able to buy the economy time until things start to recover.

What Should You Do?

When it comes to investing, there is no telling which direction stocks will go any given day or week in this extremely volatile environment. It will take time to unwind what the total economic impact of the virus is.

Take a disciplined approach and keep your long-term objectives in mind when making decisions. If you have cash available, then buying into a market that has sold off sharply over the past couple of months is appealing.

However, beware of taking large bets. If the market isn’t acting rationally, your seemingly no-brainer decision to deploy all of your cash could take an early hit. Especially if the market takes a short-term plunge after placing your buys. Stocks are moving sharply on daily news that may or may not be impactful to businesses and the overall economy.

Don’t believe all that you read or view in the media. Keep in mind that many news providers are in business to draw readers and viewers, not necessarily provide rational information.

The effects of COVID-19 will eventually wind down, but until that time, we are reminded to practice our social distance and hunker down. If you are overwhelmed and having difficulty making investment decisions, seek the advice of a professional. It may be just what you need to navigate through these difficult times. 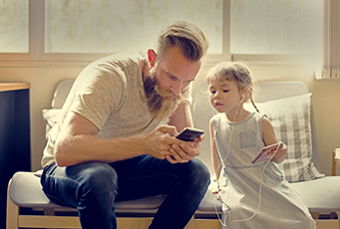 Child Tax Credit: Opt Out or Take the Money?

Earlier this year, the American Rescue Plan authorized a... 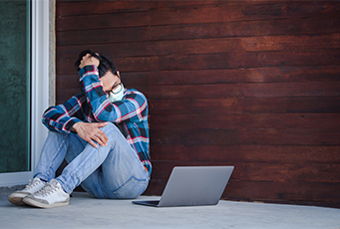 Take the Job or Unemployment?

The impact of COVID-era federal programs and... 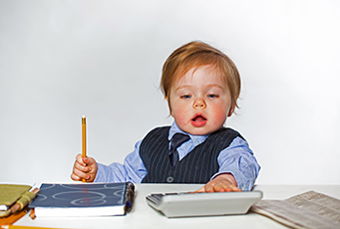 The American Rescue Plan (ARP) has more than just...

While gas prices in Indiana are often below the national...