A little over eighteen years ago, my wife and I welcomed our first child into the world. Later this month, we will be dropping her off for her freshman year of college. Where did the time go?! As I reflect back on it all, I thought I would share a few financial lessons we learned along the way.

College, the Elephant in the Room

I do not know about other parents, but for me, one of my first thoughts after regaining my senses (which admittedly did take a while) was about the cost of college. I guess this is both the blessing and the curse of being a financial type.

The best advice for new (and new-ish) parents is this: start saving now. We started saving very early for our daughter. At that time, there were a ton of unknowns: Would she go to college? Trade school? Straight to the pros? If she went to college, would it be in-state or out of state? Would she get a scholarship (both sets of her grandparents immediately and vehemently thought she would, but they may have been biased)?

We decided that the most important thing about college savings was to begin. So we opened a 529 and initiated automatic contributions to set the plan on autopilot. That got us started on the path. We had no idea what the "right" amount to save would be, but we figured it would be better to start immediately and adjust later rather than waiting. That would give the college money we did contribute more time to grow.

We opted to invest via a 529 due to the tax advantages. The ability for investments to grow tax-deferred was very attractive. Furthermore, the tax-deferment becomes entirely tax-free if the funds are used for qualifying education expenses – even better!

A few years after we started, Indiana further sweetened the deal by offering a 20% tax credit for contributions up to $5,000 (i.e., a tax credit of up to $1,000) to the Indiana 529 plan. That is like getting an immediate 20% return on your investment. Sign us up!

Saving to the 529 worked out very well for us, despite several market dips along the way. We stuck to our guns, kept investing, and watched the balance grow nicely over the last eighteen years.

Last month we made the big shift and took the first withdrawal from her account. It was logistically very easy to do, and we had the 529 custodian send a check directly to the university. Intellectually it was a little more complicated; I imagine it's kind of like how retirees feel when they start pulling money from their 401k account after years and years of saving.

Not a Perfect Record

We (ok, I) also tried to incubate interest in investing. We opened a UTMA account in our daughter's name and funded it with some gift money and a few shares of Disney that she had received. As she got older, we talked to her about the account, discussed how it was doing performance-wise, and gave her input on what additional companies to buy, e.g., "Do you want to buy McDonald's or Yum! Brands?"

Sadly (for me, anyway), it does not seem to have sparked a love of investing in her. However, she will likely be excited to get a nice little starting nest egg when she turns 21. I continue to hope that she may one day be more interested, but for now, not so much. Investing is not nearly as interesting as Instagram.

As she entered high school, we opened up to her more topics. Like how much we earn each year, where that money goes, and our net worth. The ability to budget and live within one's means is a fundamental concept and is not covered in school much, if at all. We certainly don't expect that she completely "gets it" yet, but hopefully, before long, she may realize that her parents are not lame in every regard.

Parenting is an interesting journey. It is also a journey that I would not trade for anything. We have tried to lay some groundwork for our daughter's financial well-being, both fiscally and educationally. Now we can focus on not crying until after we drop her off.

About Us | Get the Bedel Blog | More College Savings Articles

Student Loan Forgiveness – What to Do With Extra Money

While it will sound boring to some, paying off loans or... 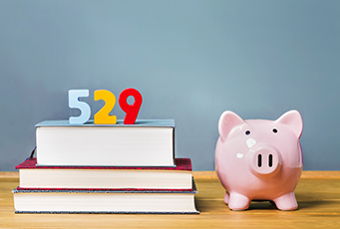 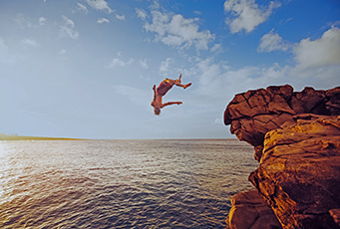 A Life Well-Lived: How to Enjoy Your Todays While Investing for Your Tomorrows

Money does not buy happiness, but I believe that it can...